The classic Christmas movie, “It’s a Wonderful Life” continues to delight viewers with a powerful, and important message. Each of our lives touches a multitude of others. 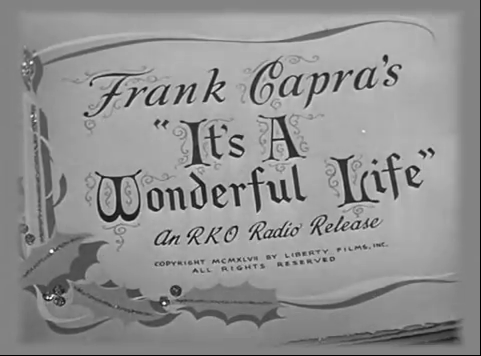 In the depths of despair and feeling there is no way out, George Bailey [James Stewart] is shown what would have happened if he had never lived.

We can only speculate on what effect our lives will have on others. We can, however, look to the past and catch glimpses of how we affected those around us.

Little did I know the far-reaching effects of a conversation with my brother in the summer of 1978. Led to quit my government job and go into fulltime writing, Mom and I moved a few miles from his home Memorial Day weekend.

“Contact the college up the street from you and see if you can teach a writing class,” Randy advised.

I laughed. “Teach at a college? I only have about 45 college credits.”

“Your published books. would qualify you to teach in the Continuing Education program,” he persisted. “A lady at church works for the college. Ask her who you should approach.”

Still feeling inadequate, but conquering my misgivings, I did. It turned out she was the secretary in the Continuing Education program! I ended up teaching Creative Writing from fall 1978 until the mid-1990s. This also led to my teaching at the Auburn Senior Center until 2012.

The best thing that came from the class was the formation of life-long friendships, some life-changing. Students committed to a common cause bonded. Decades later, a surprising number of former students remain best friends, supporting one another in critique groups, or one-on-one. I am so thankful I did not let fear of the unknown cause me to reject Randy’s suggestion. Lives continue to be enriched, mine, most of all.

He was born in an obscure village. The child of a peasant womanHe grew up in another obscure villageWhere he worked in a carpenter shopUntil he was thirtyHe never wrote a bookHe never held an officeHe never went to collegeHe never visited a big cityHe never travelled more than two hundred milesFrom the place where he was bornHe did none of the thingsUsually associated with greatnessHe had no credentials but himselfHe was only thirty-threeHis friends ran awayOne of them denied himHe was turned over to his enemiesAnd went through the mockery of a trialHe was nailed to a cross between two thievesWhile dying, his executioners gambled for his clothingThe only property he had on earthWhen he was deadHe was laid in a borrowed graveThrough the pity of a friendNineteen centuries have come and goneAnd today Jesus is the central figure of the human raceAnd the leader of mankind’s progressAll the armies that have ever marchedAll the navies that have ever sailedAll the parliaments that have ever satAll the kings that ever reigned put togetherHave not affected the life of mankind on earthAs powerfully as that one solitary life.

2 thoughts on “It’s a Wonderful Life”